What Makes a Great Partnership? 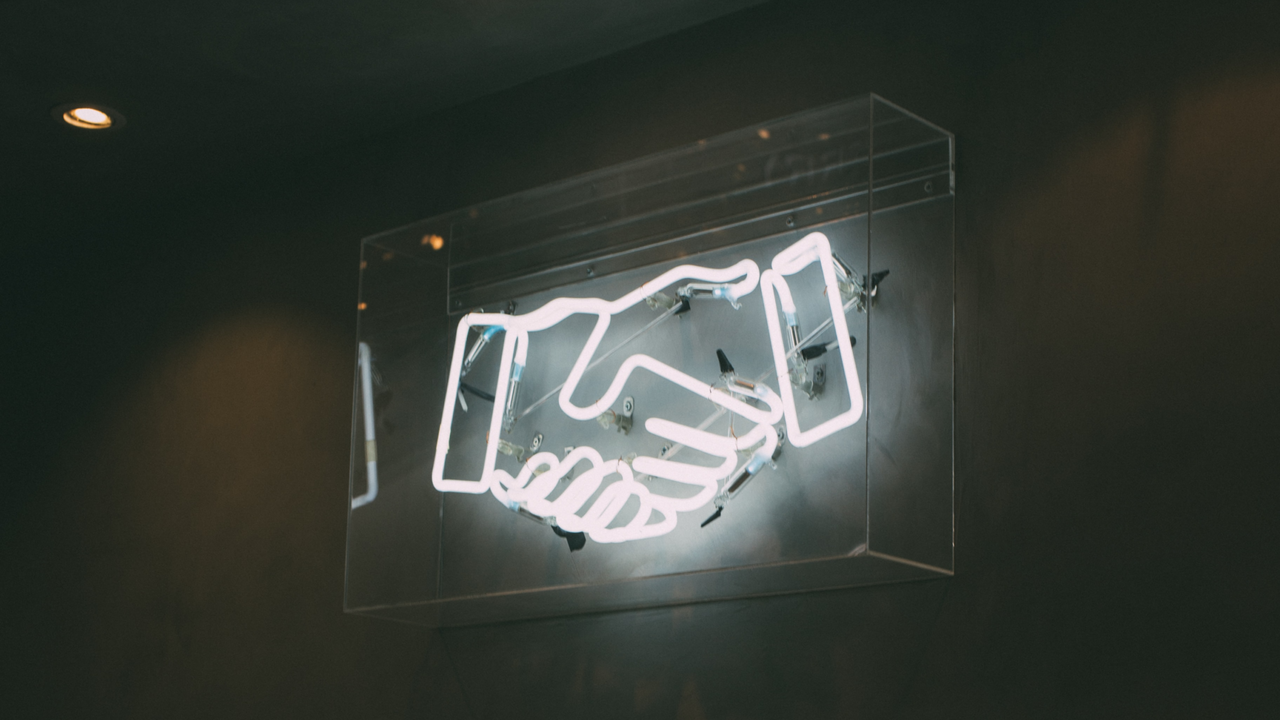 Partnerships. Some folks love them. Others hate them. I like them and think they can be one of the smartest structures for any leader with an eye on the end game and a holistic model of life and work.

I have had dozens of partnerships through the years. Most of them have been good, but some obviously better than others. The ones I have benefited from the most are those that operate at the highest level of trust, function with the clearest swim lanes, and embrace the greatest number of agendas. My first formal partnership, some 30 years ago, set the bar very high. We established our partnership as “a spiritual and commercial covenant relationship.” That phrase carries some huge assertions. Blending money and faith can be tricky. It is much easier to keep them separated, which is what most partnerships do. Embracing the concept of covenant relationship meant we would not be using litigation and childish bullying to settle disputes. It was grounded on some serious piers that were dug deep and tested often.

And over the years, I have also advised hundreds of partners. Here are a few observations and tips from being a partner, having partners, and guiding partnerships for a few decades.

Observation #1: A good partnership starts with a philosophical conviction.

A good partnership begins with two people wanting to share the same weight and the same outcome. To share successes and failures. To share ideas and vision and innovation. There is also a shared philosophical conviction.

A smart structure for a partnership is found in the imagery from the writer of Ecclesiastes:

“Two are better than one because they have a good return for their labor. For if either of them falls, the one will lift up his companion. But woe to the one who falls when there is not another to lift him up. Furthermore, if two lie down together they keep warm, but how can one be warm alone? And if one can overpower him who is alone, two can resist him. A cord of three strands is not quickly torn apart.”

Those words come from the Old Testament book of Ecclesiastes (4:9-12), appearing as a kind of parenthetical section in the larger context of a passage about work. It’s as if the writer, Solomon, was rolling along through a logical progression of thoughts, teaching some young leaders, and then he imagines a productive but lonely worker.

So Solomon says, “Look, I need a timeout here. This is too important to pass up. Working by yourself is lonely business.” And through his writings, we can glean these four benefits of partnerships:

Observation #2: A good partnership can fit into any number of valid containers (structures).

You don’t have to share 50/50 in the business, be co-CEO’s, or be the traditional hand-in- glove fit (one extrovert and one introvert) to have a great partnership. You don’t have to be best friends, complete family matchups, and take annual family vacations together. You don’t have to be both spiritual and commercial or more handshake than paperwork. What I am saying is you have some latitude with your specific container or structural framework.

In its most elementary form partnering is one model of community that everyone can participate in, no matter where we work. We don’t have to quit our jobs and be entrepreneurial. A partner might be a certain vendor with whom your department already has a strong relationship or a co-worker whose personality and goals are in line with yours. Yes, this is a long way from two college roommates starting their dream business together to reverse hunger in the villages of Africa. But it can accomplish, even in a small way, some of the elements of partnering.

Observation #3. It is OK, even necessary, to document the partnership intent and reach.

This can be tricky. Some people think a handshake is good enough, while others think there must be a legal document for every deal, agreement, and conversation. In my partnerships, I have had both scenarios. More times than not, it is good to paper the general expectations and agreements of the partnership over time.

But to be clear: If legal documents are the strongest glue of your partnership, then you are always downgraded to a low-functioning partnership potential.

Observation #4. Partnerships unravel because there is a gap in the way each partner expresses their values over time.

Partnerships usually unravel below the surface and rarely the first week of the journey.

A successful partnership involves time, risk, and vulnerability, and to find someone with the right personality, synergy, chemistry, and skill that you can work with is not an easy task. It won’t happen automatically with everyone in your business world. Here are some hints on finding the right person.

High-level business partnerships carry a certain complexity that has to be navigated. For example, scheduling with two or more calendars, dividing responsibilities, and establishing decision-making protocols are usually among the bigger challenges to work through. Yet the greatest illusion of a solo life is simplicity. Committing to partnership, however, means accepting the oncoming challenges and working through them.

Observation #5. Partnerships go through seasons and must be free to evolve.

To me, a spiritual and/or commercial partnership is not a marriage. Yes, there are similar traits but we are not talking the same kind of institutional veracity and historical expectation. Partnerships require work, investment, constant updates, and resets.

I heard a man say that in the formation of any organization are the early seeds of its disintegration. I don’t know if that is true but I do think that partnerships evolve over time. One partner empty nests ahead of the other, triggering a change in lifestyle and desires. One partner goes through a family crisis and needs to realign the load and demands of the job. One partner grows toward a mindset that the other partner doesn’t embrace (faster growth, more risk, greater liquidity, succession disagreements, etc.).

Partnering doesn’t automatically mean you will never fall down or that you will never get cold. Partnership doesn’t let you circumvent the difficulties of your work, but it gives you another person to face them with.

In short, partnership is an intentional way of doing life and work that involves serious investment but rich reward. As former Yale professor H.E. Luccock said, “No one can whistle a symphony. It takes an orchestra.” Or take it from the old Ethiopian proverb: “When spider webs unite, they can tie up a lion.”

Solomon is said to have written Ecclesiastes near the end of his life, in the twilight of a reign marked by spectacular material and political success but moral and spiritual failure. With all his accomplishment and achievement, Solomon appeared to be a lonely man wishing he had a partner to share the load and laughter with. Unfortunately, he waited too late.