Get Over Yourself – A Guide to Being a Thoughtful Leader 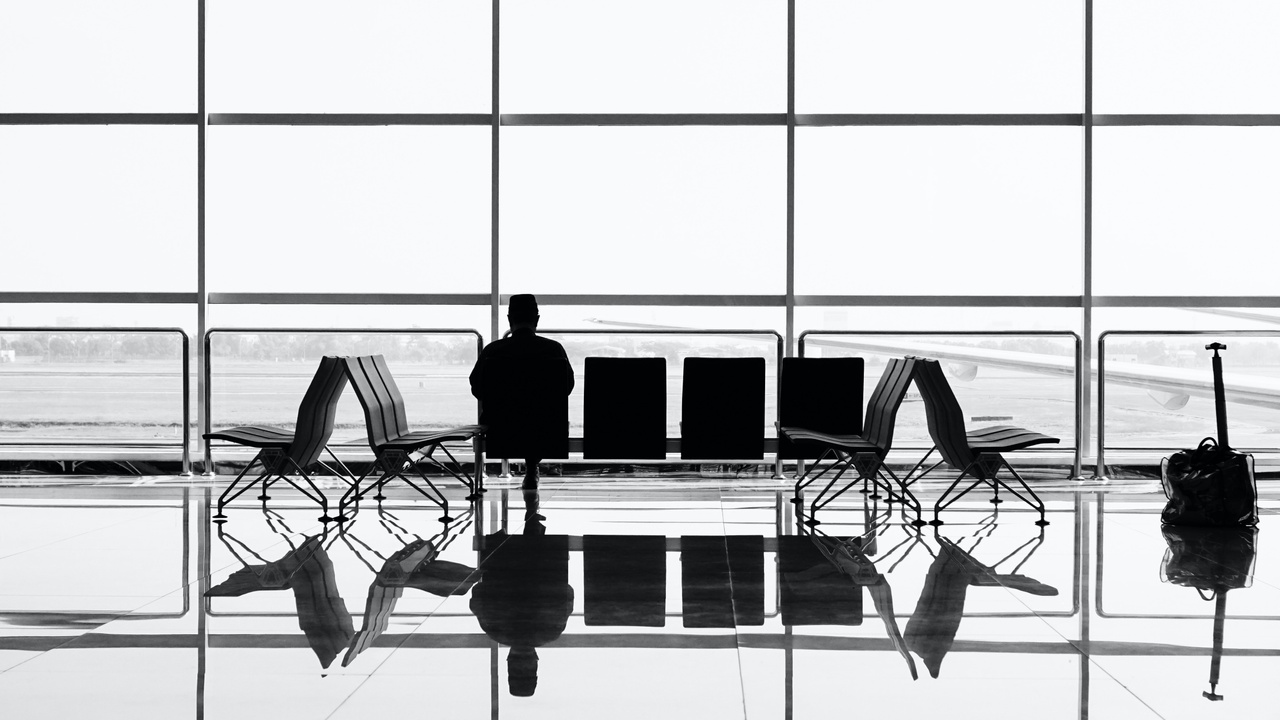 Spent and focused. Those two words describe me in an airport on a recent trip back home.

Traveling home means I’ve spent the past 24-48 hours in intense meetings, problem-solving big issues with clients. So, when I get to the airport headed for home, I’m low in energy, brain power, and often patience.

My goal is to get home. I don’t need small talk. I don’t need a grab ‘n go sandwich from the airport Chili’s or 50,000 bonus miles if I’ll sign up for the new Delta credit card. I’m focused on getting home.

You can probably recognize the self-centered focus overtaking me.

A few months ago, I was in Naples, Florida, for a board meeting. I was rushing to jump on a 12:20 PM flight to get to Atlanta to get home at a decent time.

As I approached the gate, though, I noticed a lot of noise and movement around the gate. Pretty much the opposite of this:

The closer we got to the boarding time the more movement, noise, and emotion. And for the record, our gate agent seemed to know less than the frequent travelers who were checking their phones.

Eventually, though, we got the “official” word of a delay. A mechanical problem required us to wait for a part to come from Miami.

So, I did what all savvy travelers do: I secured a backup seat on the next flight possible. I tried the 2 PM flight, but of course, it was overbooked. No luck. That plane came and went.

I finally found a seat on the 5:30 PM flight, but forty-five minutes before that flight was to take off, we got the good word—the part had arrived! I abandoned the 5:30 seat and jumped back to my original flight. Every minute matters when you’re trying to get home!

We loaded up, taxied out, and then the pilot’s voice came over the intercom, “There’s a level 4 thunderstorm, so we need to wait.” Long story short, I didn’t land in Atlanta until nearly midnight and had to overnight there with our whole plane.

But this story isn’t about me. It’s about the three people I met along the way.

And that was just the three I noticed around me. Every single person on that flight had a story, a need. I got the gift of seeing a few of those. I experienced what Mother Teresa said, “If I look at the mass, I will never act. If I look at the one, I will.”

Standing there watching and listening to their stories literally changed my perspective, emotions, and heart. I jumped in to try to help them problem solve their situations.

What did I learn through this experience? Getting beyond your own narrative helps you widen your outlook, cleans up your perspective, and softens your heart.

Looking back, two things happened that facilitated this learning moment:

To be honest, I didn’t want to be there, but the airline forced me to be present, at least physically. I couldn’t leave. I only had to be willing to match that physical presence with mental and emotional presence. There is a discipline to being present—a discipline that means putting away the phone sometimes and stepping away from the frenetic routines of life. A discipline that forgets about tomorrow or even later and locks down on this moment or this experience.

This article lists six things that thoughtful leaders do—observe, explore, reflect, learn, consider others, and take action. Those words are pretty basic, but they represent a progression of sorts—a progression that can have big impact. As UN Ambassador Samantha Power said, “All advocacy is, at its core, an exercise in empathy.”

Now let’s be clear. I’m usually not a jerk or a Good Samaritan at the airport. I’m just self-focused. Which is exactly the problem sometimes. I’ve even written about this before, but clearly I still need the lesson.

It usually takes an external pull or nudge for us to lift our eyes outside ourselves. Our human problem is that we can’t get out of our own stories. That is the real epidemic we fight against. Whether your moment involves being in the moment with the person in front of you in line or to engage a world hunger crisis…don’t miss it.

Voltaire said, “It is not love that should be depicted as blind, but self-love.” I wonder what he would have been like stuck in Naples.