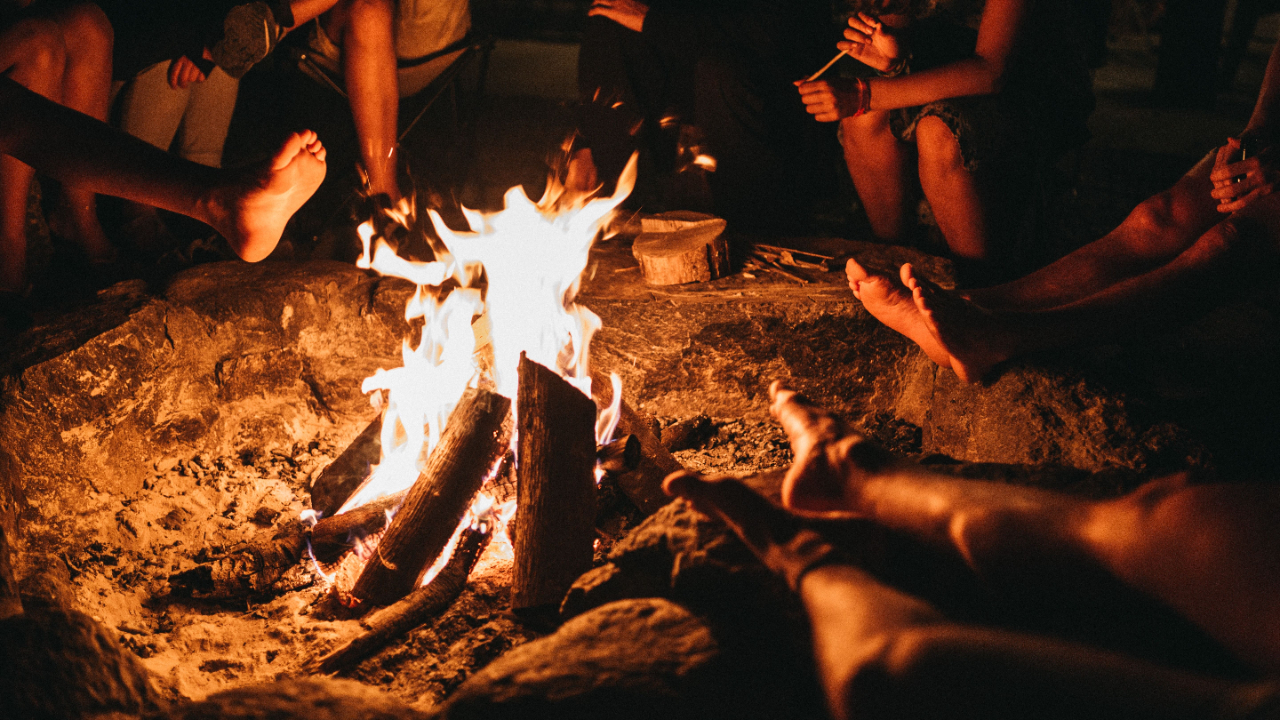 When my son Kile was growing up, we took an annual trip with a dozen other father-son combos on an annual float/camping trip on the breathtaking Buffalo River. It was a great time together full of laughs and memories; and for us dads, we felt like we were literally watching our boys grow up.

In the early years (pre-puberty), the boys canoed with their dads, slept in the same tent as their dads, and never ventured far from their dads. Within a few years, though, it morphed into sons canoeing and camping together and dads doing the same. We’d join together to eat, and then the boys would go explore or wrestle in the river while the dads sat around and hashed life and sports.

One thing I noticed, though, was that they never wanted to start their own fires. As they got older, they’d camp a ways down the beach and wanted their own fire, but instead of starting one, they would just grab a big burning log from our fire and throw it on top of some dry logs they’d piled together.

Not a bad solution, actually. Why do all the work when there’s already a fire burning? As John Maxwell said, “Momentum solves 80% of your problems.”

I’ve been remembering this image recently as I’ve talked with leaders trying to keep their ventures going. For-profit, nonprofit, it doesn’t matter. Everyone is looking for some momentum—a fire that burns on its own.

Beware of Another Idea

In my experience, one of the biggest dangers for senior leaders (especially founders) is the sheer number of small ideas they have. It’s probably inevitable when you’re passionate (everything seems like a big deal), but what happens is that these leaders start a ton of little fires up and down the beach, none of which are big enough to burn on their own.

In the early stage of a business, you’re propping the venture up by any means necessary—early seed money that is going away or promotions to get people in the door, or reduced prices to take a loss but keep people coming back. Plus, you’re rushing around trying to get everything started, from a key hire to a new process to a potential angel investor to a new client.

That’s necessary for a time, but it’s not long before you need a fire to burn on its own. You need the business to stand on its own. I call this the stage where you move through your MVP—minimum viable product (or service).

To do this, you’ll need a critical mass to some degree of the convergence of your offering, your customer, and your financials. Those three things create a stage in your company with more tailwinds than headwinds. They, along with your people, make your business viable.

The good news is that to move through the MVP stage, you don’t have to have all three burning on their own. You may just need one. But you have to have at least one. If you don’t have momentum in one of the three, you’re not getting to the next one. Once you get to all three, you’ve started cranking the flywheel, or latched onto your atomic network. (Different names, similar ideas.)

Customer momentum – This one is probably the easiest one for which to create some momentum. You need some raving fans—not necessarily crazy raving fans, just people who are all in. The other night, I went to a local barbecue restaurant at 6:20, and it was packed. On a Tuesday. No promotions; people were just coming. And it wasn’t free: The price was stiff, and the line was long, but the food was awesome. I am an authentic independent fan.

Offering momentum – People are using your product and service and sharing it. In the social media world, this can be easy to measure. Is your product good enough that it gets people coming back and sharing it without you telling them to? Having your product or service stand on its own is always a tell-tale sign of momentum. It is so easy to engineer artificial usage. Having a product the market validates is crucial.

Financial momentum – This can be on the funding side evidenced by donors within a not-for-profit investor lined up to get in on your new business. Or can be evidenced by having figured out your pricing sweet spot. You know the value exchange between what your offering is, your costs, and your profit targets. It is hard to scale a business that has not figured out its finances.

It’s tempting but exhausting to keep running up and down the beach stoking tiny starter fires: “I’ve got a customer! I’ve got an offering! I can change my finances!” That way of working can’t last.

You’ll either burn out (no pun intended) or you’ll be tempted to rush to scale the business sooner than you should. Building a bigger structure on that cracked foundation is just going to cause a bigger collapse down the road.

Examine your venture in these three categories: customer, offering, and finances. Which one is the closest to burning on its own? Go all in on that one for the next three to twelve months and see if you can get it to burn on its own. Get it to the point that you’re just throwing a log on the fire from time to time.

And then periodically pulling a log off that fire to start another one.