The Founder’s Dilemma—Being King or Being Rich 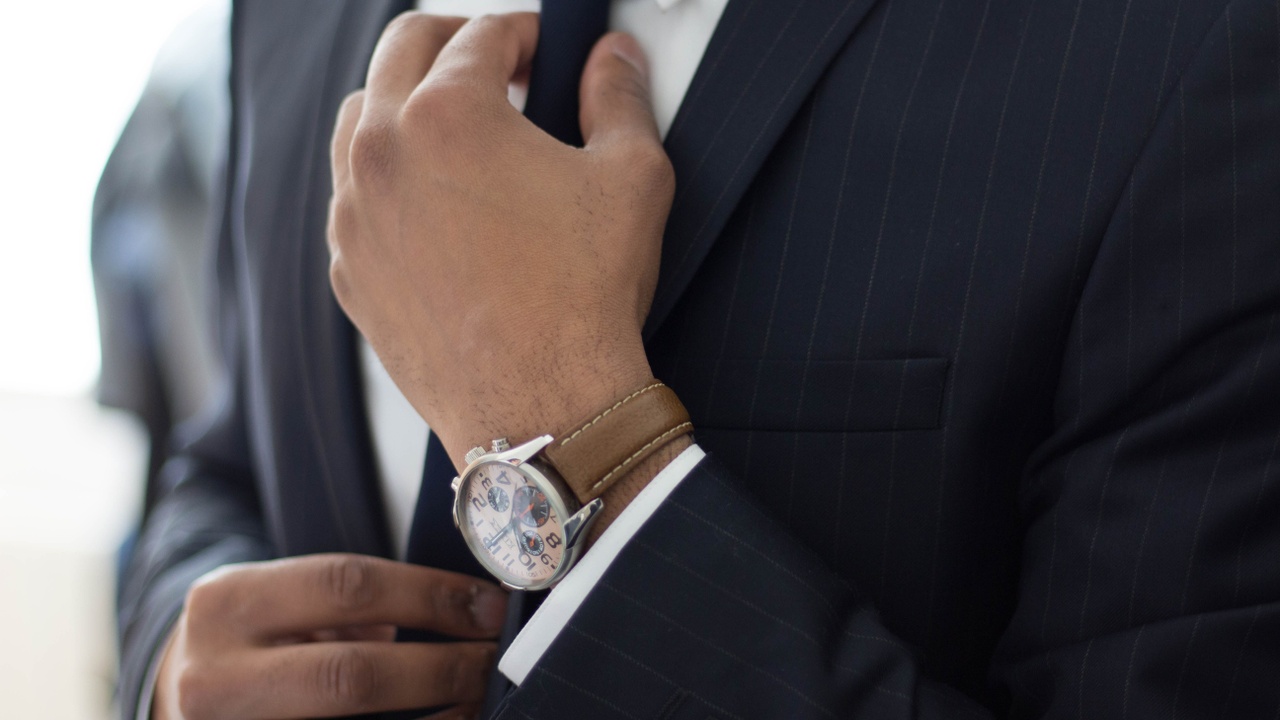 That, according to Noam Wasserman, is the chief question among The Founder’s Dilemma. (If you don’t want to read the book, you can see his 2008 article about the same idea here.)

I was thinking about this idea recently as I watched The Founder, the film about the corporate battle between the McDonald brothers and Ray Kroc for control of the fast-food giant McDonald’s.

In short, the idea is that a founder of a company (or a non-profit) can either maintain control over the enterprise (i.e., be king) or a founder can expand the reach, influence and profits (i.e., be rich). The McDonald brothers wanted to be kings. Ray Kroc wanted to be rich.

Kings have control issues. They want to make sure that everything is done exactly the right way—meaning exactly the way they want it done. They want final say over hiring, firing, training, spending, and every other –ing.

Rich people, on the other hand, want to create highways to get ideas and products moving. According to the rich, if you do 100 times as much with 95% efficiency, you’ve come out far ahead. So let’s get things moving.

The table below outlines some other differences: 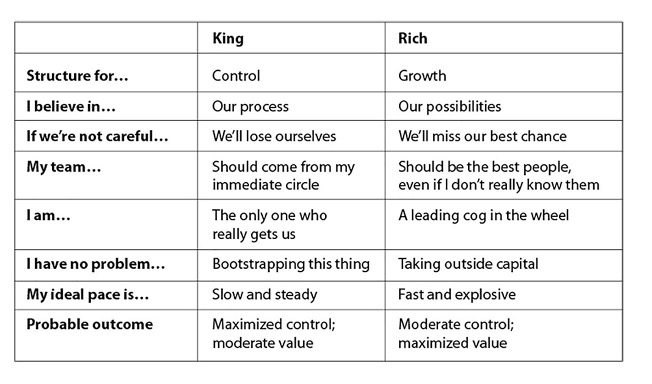 With these differences in mind, here are four truths about the king/rich dilemma:

Among the skills most founders have is a fierce muscle of determination and independence. They are uniquely designed to take ideas from zero to one, as they say. They get things done and make things happen. And that muscle can become stubborn and resistant to outsiders tinkering with their magic.

Other founders are more vision-casting dreamers who somehow attract an operator early on. In that case, the operator is the invisible muscle that moves the company beyond constant concepting and circular dream casting.

But for the most part, every founder has a bent one way or the other. And although that bent has blue sky upside, like all our strengths it also has a negative downside.

If The Founder is a (mostly) true story, then The Intern is a fictional take on the same idea. Anne Hathaway’s character is a founder whose board is telling her she has to bring on a CEO. She’s torn up about it, convinced that a new CEO will undo much of what she has so lovingly built.

Wasserman found that 80 percent of founder-CEOs resisted giving up control. Why? “Because the founder’s emotional strengths become liabilities at this stage. Used to being the heart and soul of their ventures, founders find it hard to accept lesser roles.”

I see this pattern over and over again in my coaching practice, including in the transfer of family-owned companies. Sometimes the heir apparent to the company is a son or daughter who struggles to break away from the founder’s control. It’s why the last and longest of these 15 tips on family business transfers is “Let it go.”

3. It invites some choices.

On some level, it doesn’t matter whether you choose “king” or “rich.” Going for rich can make you seem like a sell-out, and kings can seem like power-hungry fools. The reality, though, is that one is not always better than the other.

One last Wasserman quote: “For founders, a ‘rich’ choice isn’t necessarily better than a ‘king’ choice, or vice versa; what matters is how well each decision fits with their reason for starting the company. …Most founder-CEOs start out by wanting both wealth and power. However, once they grasp that they’ll probably have to maximize one or the other, they will be in a position to figure out which is more important to them. Their past decisions regarding co-founders, hires, and investors will usually tell them which they truly favor. Once they know, they will find it easier to tackle transitions.”

Knowing which you want—king or rich—allows you to confidently make decisions—should I accept outside investment? Franchise?

I find myself pushing for people to go for rich because I believe in impact, and rich carries with it the possibility of greater impact. But in saying that, I’m just revealing which one I would want to be. It’s not a right or wrong choice.

4. It applies to non-profits, too.

Non-profit founders face the same dilemma, but the currency is a bit different.

They want to be rich not in the financial sense (although some of them do), but in terms of reach and impact. They want to maximize their impact around the world. They create highways for people to give and do good and change their communities and the world. My friends at Pure Charity are trying to do this.

Many founders, however, started their non-profit with a passion to “do it the right way.” They are passionate to protect their message, and they tell cautionary stories about organizations that have grown so much and seem to have lost their way.

Take the YMCA for example. Some would say, “It’s not even Christian anymore.” Others would say, “There are 2,700 YMCAs across America.” Where you land on that issue probably reveals you as a king or rich.

Should a church limit its growth or add additional campuses? Should an organization share its material or hang on to it to ensure it’s used correctly? These are the decisions non-profits face.

One final disclaimer: Rich vs. king is not a total binary choice. Most, maybe all, founders want at least a little of both. Most of them also believe they can get both. Wise founders, though, know which one is their natural wiring and attempt to offset that if the market or their company warrants it.

Steve Graves is a strategist, CEO advisor and author. The topics covered in his weekly article always include practical, proven advice that Steve learned on the "street" by helping thousands of leaders and hundreds of organizations over the years. Use the form below to signup to receive his weekly article in your inbox.