The Multiple Layers of Ambition 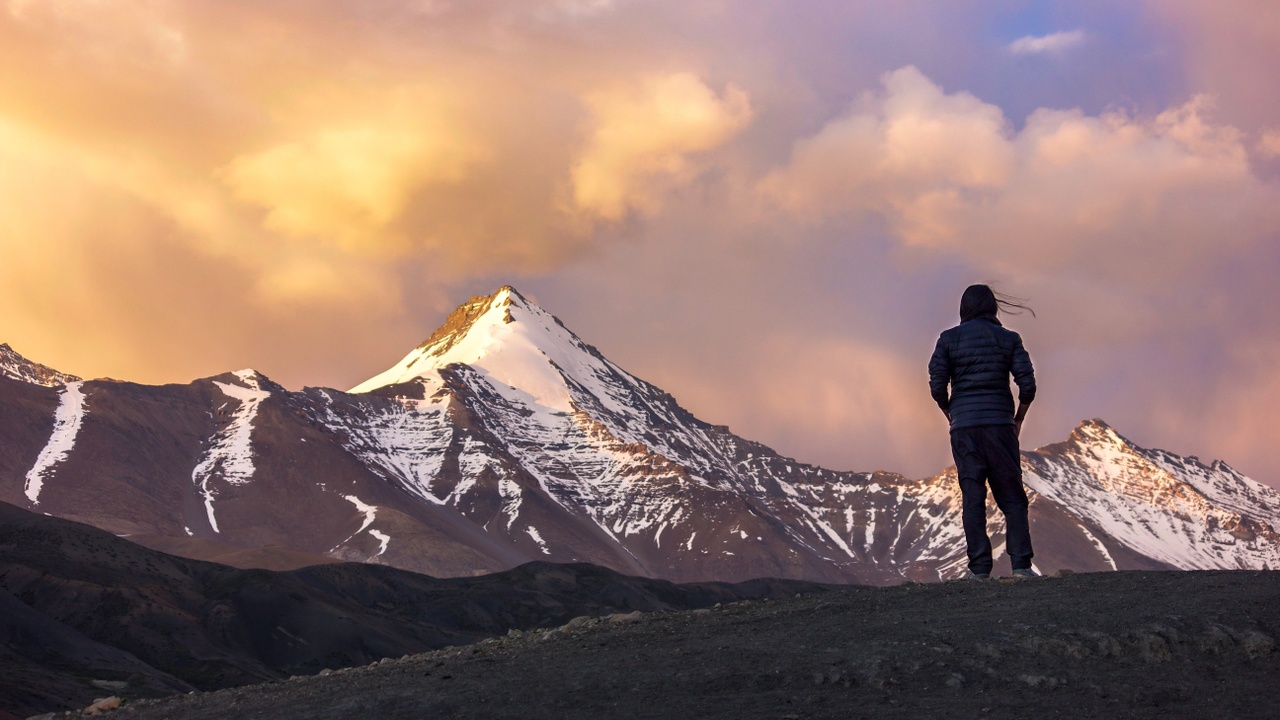 A few years back, Nike ran a marketing campaign entitled, “What’s Your Motivation?” In this ad, the protagonist is a teenager working to improve his game at 3:00 a.m.

He’s driven by the motivation to prove doubters wrong, to make the team, maybe even to make the NBA someday.

Ambition is a tricky word, especially for people of faith. I was reminded this the other day when talking with a young CEO. I commented that we all have layers of ambition; in other words, a few different things can fuel our motivation. I then told him a story.

Our story begins with Israel—a centralized nation of only a few years—and its new king, who is already being tested. Israel is at war with the neighboring nation of Philistia. Led by Goliath, its literal giant of a leader, Philistia is pummeling young Israel.

Each day, the giant comes out on the hillside to taunt the Israelites and their God. No one seems able to defeat the giant.

David is on an errand for his family when he summits the hill and beholds the giant. Naturally, he is challenged, confused, taken aback.

He asks the soldiers in the neighboring camp, “What will be awarded to the man who defeats the giant?”

The soldiers sneer and say, “King Saul offers his daughter’s hand in marriage, a bag of money, and tax exemption for life.”

This response turns the wheels in David’s head and heart.

It is with layers of motivation (in my opinion) that David forms a plan to face the giant. As he prepares, he secretly asks once more about the prize, just to make sure he is clear. And then he is off.

David boldly proclaims that God will give Goliath into his hands to show that his God is the true God. (Note that he doesn’t shout, “I am here to claim my tax exemption and to get the girl!”)

So, what motivates David to defeat the giant? Is it personal gain, or honoring God? I’d say it is some of both, but it’s clear that he has his priorities in proper order. He has a primary and a secondary motivation: an eternal motivation and an earthly/temporary one.

David’s ambition is to raise the name of the God of Israel, but he also carries with him a personal ambition and is excited by the prospect of receiving the king’s reward.

I would argue that David’s ambition is a good thing; it motivates him to face an overwhelmingly difficult situation. The prospect of the reward simply lights the fuse.

Malcolm Gladwell wrote about this scene in his book David and Goliath: Underdogs, Misfits, and the Art of Battling Giants, and coins these as “desirable difficulties.” As Gladwell said in an interview, “Do we have an accurate understanding of what an advantage is?”

Disadvantages spark our ambition; ambition moves us to action.

The Danger Isn’t Having Ambition

In his book, You Are What You Love: The Spiritual Power of Habit, James K. A. Smith argues that we all have ambition. We all run and work toward what we love.

We sometimes forget this and act as if lack of ambition is the goal. Perhaps this is a millennial and Gen X reaction to watching their parents slave for years for the corner office and a bigger paycheck.

“We won’t be like that,” they say, and chase more meaningful work and more friends with whom to work.

But we are all chasing something.

One group is abusing ambition, sure, but the other group is ignoring it. It’s still there, though, because ambition is part of who we are. We all want for something more. Whether the reward is internal or external, we have ambition to claim that reward.

Ambition isn’t a bad thing. It just needs to be kept in its place.

The Danger is Unharnessed Ambition

Elvis said, “Ambition is a dream with a V8 engine.” I’d put it this way: Ambition makes for great gasoline but a horrible map. In other words, it can motivate you to move forward, but if you let ambition determine your aims, you’ll end up way off track.

I wrote about this a little while back in a blog called “The Two Hearts of Ambition,” which argues that ambition is amoral; it can be positive or negative.

Take David, for example. He has ambition and a desire for a reward that motivates him to fight for his people and for the honor of God’s name. His ambition rescues an oppressed nation.

However, years later, as king, David’s ambition leads him to have an affair, manipulate a man’s death, and number his people—all in direct disobedience to God. In each of these cases, David’s ambition exalts himself.

David’s ambition and desire for the king’s reward is partially what gets him to fight for his people and for the honor of God’s name, but as king, his ambition leads him to overstep—to disobey God.

When Paul writes, “Do nothing from selfish ambition” (Phil 2:3), the emphasis is on self-seeking. Be ambitious but aim for something that benefits something beyond yourself.

Ambition must be harnessed to purpose.

David Brooks critiques the “GPA mentality” that, he says, encourages students to answer others’ questions instead of asking their own questions. Instead, he argues, we must allow and empower students to run down new lanes dictated by their own ambition. People are driven by the autonomy of determining their own fate and solving their own problems (see Drive: The Surprising Truth about What Motivates Us, by Daniel H. Pink, for research and thoughts on this topic.)

In the corporate world, this could mean:

Don’t hide or be embarrassed by your ambition. Instead, use it and push others toward it. Interesting things happen when ambition and a reward system meet face-to-face.