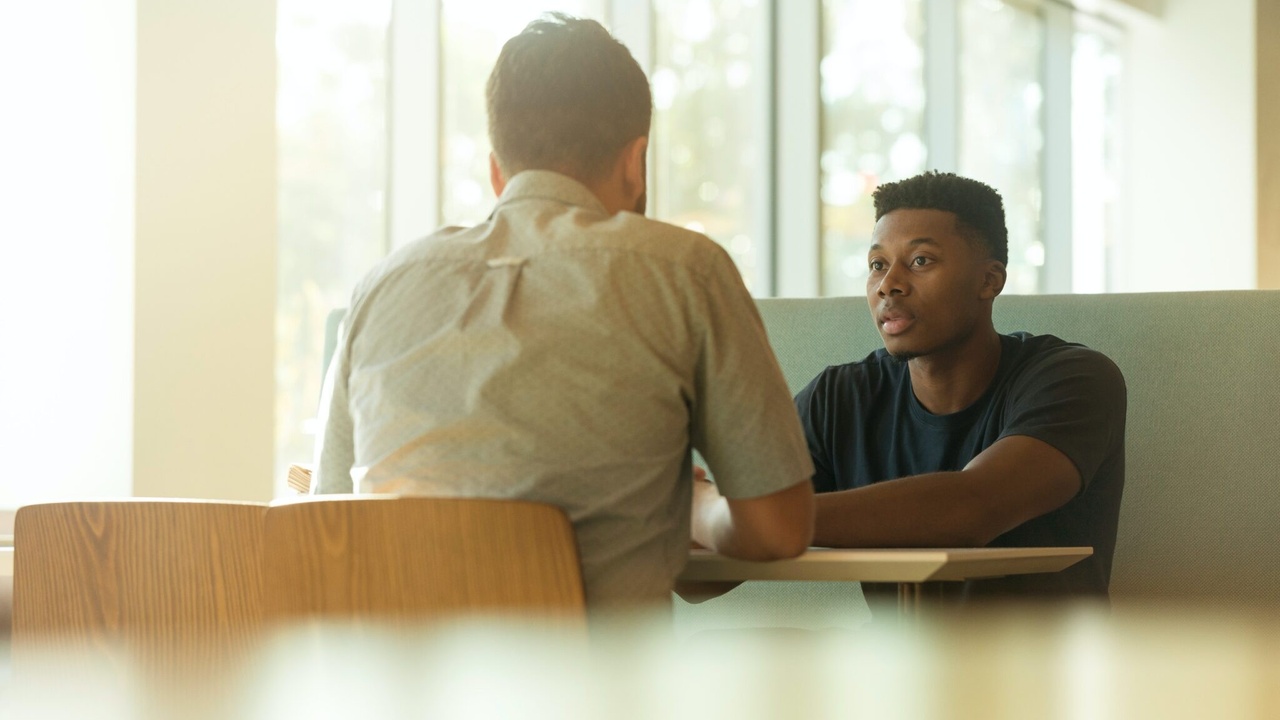 These guys  probably shouldn’t have a job. Or at least the job they have.

You probably could have avoided that hiring mistake, but the reality is, if you’ve hired more than a couple of people, you’ve probably made your own hiring mistakes along the way.

In my work and experience, I’ve identified two common wrong mindsets in hiring. Like a lot of mistakes, they’re easy to slip into because there’s some truth in them—which  is why I want to call them out here.

Mistake #1—Just get the right people on the bus

I love Jim Collins. He’s one of a handful of writers that have transformed the leadership industry and somebody I frequently reference.

He’s best known for his book Good to Great and his mantra of “Get the right people on the bus and the wrong people off the bus.” The premise is that you answer the question of “who” first, and then, with the right team in place, identify the what/where/how.

It’s a good push to look for great people, and there probably are times when we see really talented people and pull them onto the bus, trusting them to figure it out. (Peter Drucker once said he’d always put his best person on the most urgent task, even if it was sticking a dentist on a brass foundry.) So there’s truth in the bus-ism.

But as with any leadership saying that makes its way into popular culture, it’s often taken too far. You’ve got to weigh it, adapt, give them a little on-the-bus guidance, and even possibly know when to get them off the bus. It’s way bigger and more complex than just swing the bus over, open the door, and let the big talent jump on.

Yes, you should focus on the “Who.” But you should also have a pretty good idea of what the new hire will be doing, even if you know they could switch later to a different seat. Use clarity to inspire.

Mistake #2—Hire with your gut

In their book Who: The A Method for Hiring, Geoff Smart and Randy Street argue that one of every two hiring decisions is a failure. They do their best to measure the immeasurable cost of poor hires, and it’s in the multiplied millions.

Why are there so many hiring mistakes? It’s pretty simple: people primarily hire with their gut.

Smart and Street argue that companies fail to identify top candidates, fail to have a clear scorecard for interested candidates, fail to interview well, and fail to sell ideal candidates on the job. Instead, interviewers default to small talk or pet questions they think give them great insight into who would be a fit.

There’s certainly a significance to feeling comfortable with a person. As Arte Nathan of Wynn Las Vegas said, “You can’t teach employees to smile. They have to smile before you hire them.”

But just because you can get along with a person at lunch or you both like the Dodgers doesn’t mean they can accomplish what you need in the time you need it with the quality standards you have.

Interviews require a ton of prep work and digging into both the “who” and their ability to do the “what.” You can’t wing an interview.

The New York Times offers a sizable online hiring guide with good tips—How do they interact with multiple people in the office, including subordinates? What do their references say about them? But also, give them an assignment—see if they get back to you on time, with a good grasp on the issue and with clarity and creativity of solution. Ask them to write a proposal for a specific strategy in their new role.

You can’t (and shouldn’t) totally eliminate the gut. Just do enough research to decide whether to trust it.

The short version is you’ve got to hire for the “who” and the “what.”

Character is a baseline (as Warren Buffet said, “If you hire somebody without [integrity], you really want them to be dumb and lazy”), but“who” isn’t limited to character qualities.

Considered rightly, the “Who” you hire necessarily includes the “What.” I think in terms of character, competence, and chemistry when I hire, and good hires hit all three because they have character as a baseline, they improve the team dynamic, and they have competence for the job I’ve asked them to do—the “what.”